This entry is a continuation of the posts on breweries in Brooklyn and Queens and we will pick up on the third Saturday. You can download my hand-drawn brewery map here and follow along.

Inspired by a meeting of the New York Homebrewers Guild (every third Tuesday at Burp Castle, 41 E 7th St, New York, NY), this trip, an attempt to visit all the micro- and nanobreweries within New York City has stretched over the course of three weekends and counting.

Arriving via the Bedford Av (L) train, the third weekend of our New York City beer tour began with an 11am brunch at Five Leaves (website, Yelp, 18 Bedford Ave, Brooklyn, NY). I can say this place is home to possibly the best pancakes I’ve ever had: light, yet moist, and served with just the right amount of cinnamon butter and fresh fruit on top. The secret ingredient and key to the pancake batter was, incredibly, ricotta cheese, a food that I’ve strongly disliked since ricotta-heavy lasagna in childhood. Whatever the reason, it works really well in pancakes (!)

Dirck the Norseman (website, 7 N 15th St, Brooklyn, NY), the next and only stop on our beer tour this Saturday, was less than a ten-minute walk from the restaurant. Spacious and newly renovated, the space could stand on its own as a food or live music venue, of which it has both. Though we were here to sample the production of Greenpoint Beer and Ale Works (beer menu). The selection included mostly low-alcohol sessionable lagers and ales, with a focus on classic German styles like kolsch, rauchbier, Berliner weisse, and doppelbock, or at least it did at the time. See my notes on the afternoon below: 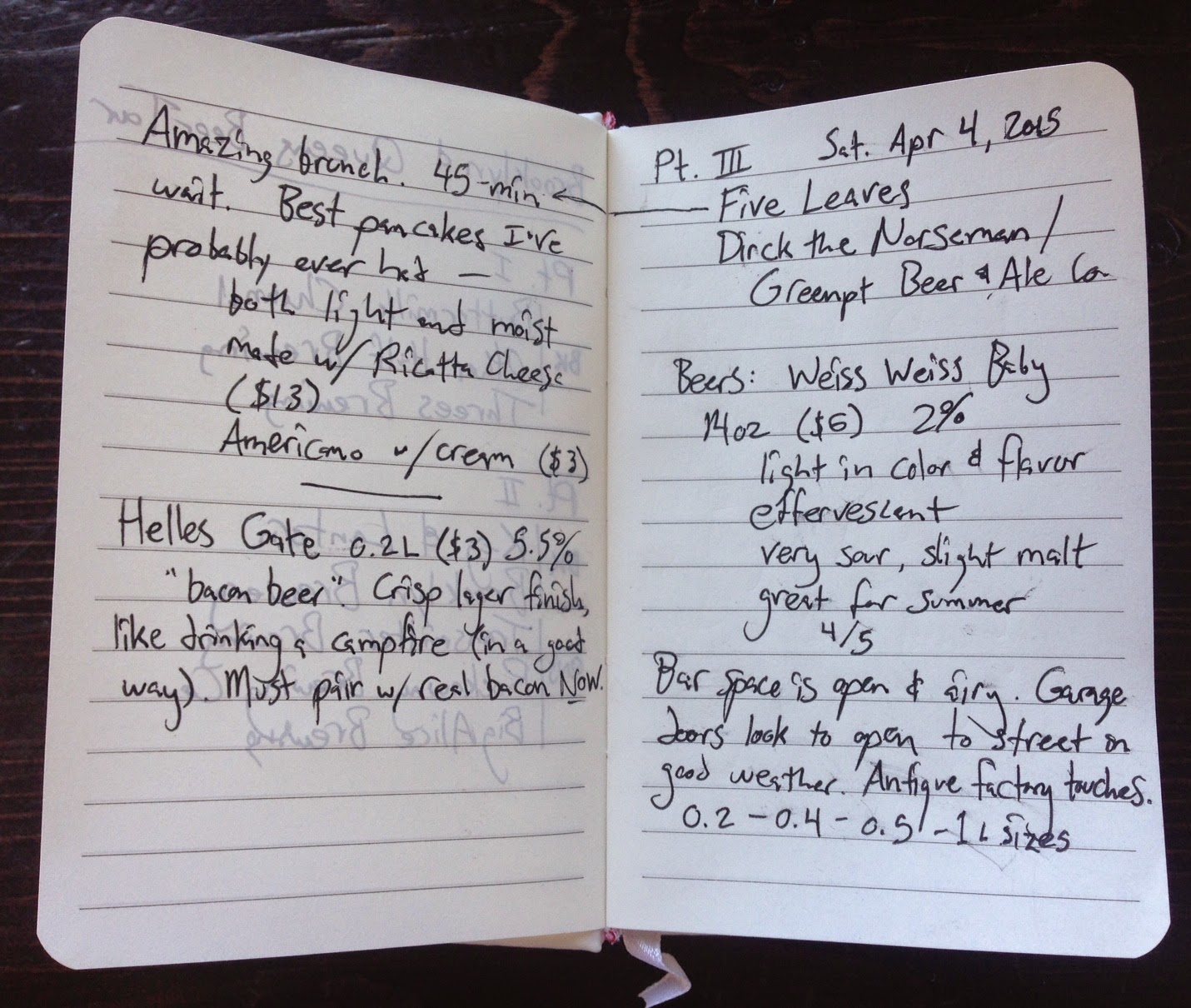 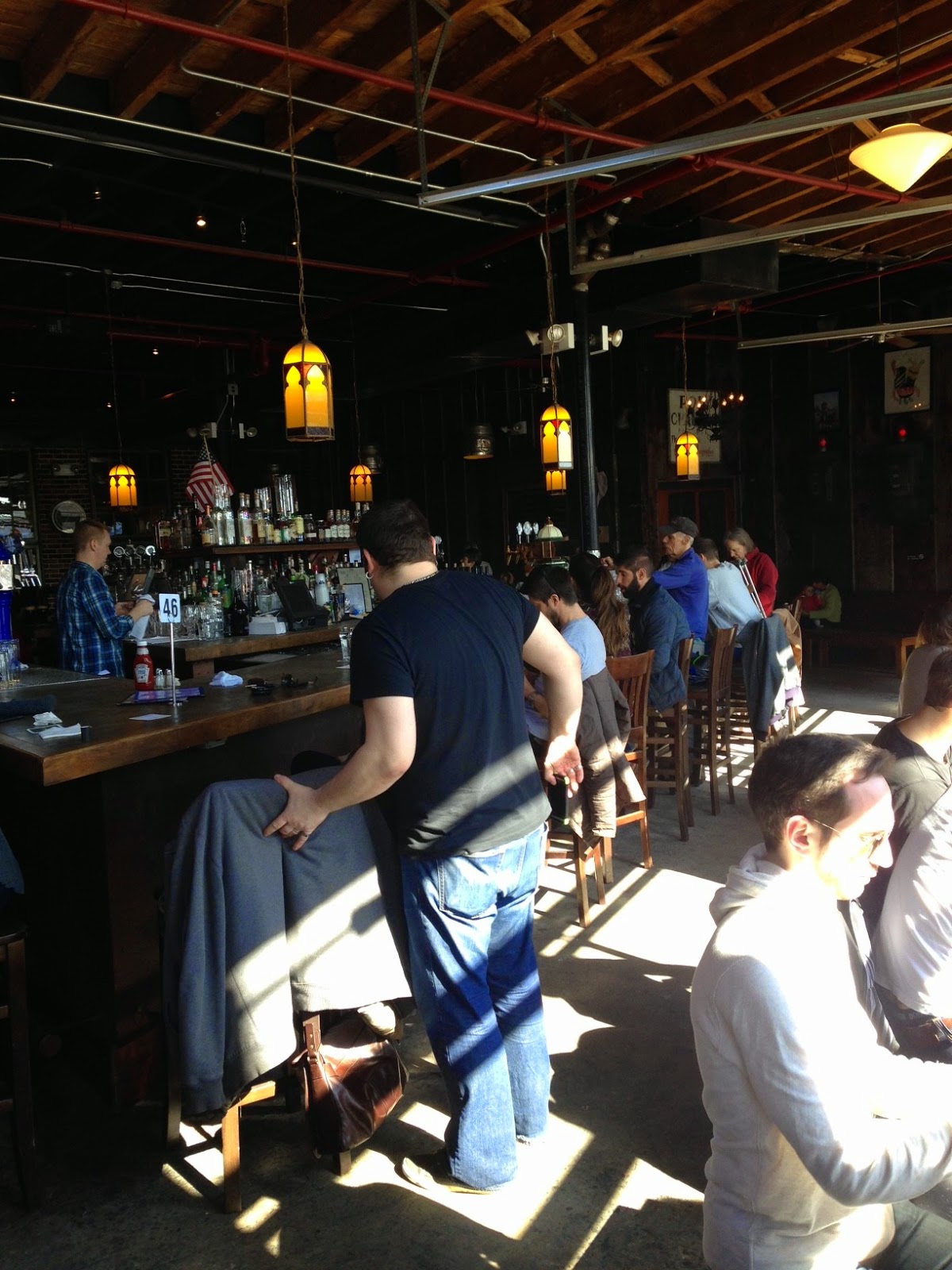 Paola spent the afternoon sketching and enjoying the weather and the garage door-style windows that open up to the outside. The sketch below was inspired by one of the other bar patrons and she gave it as a gift (it turned out it was the girl’s birthday!):

I also took a stab at sketching, inspired by the moment: 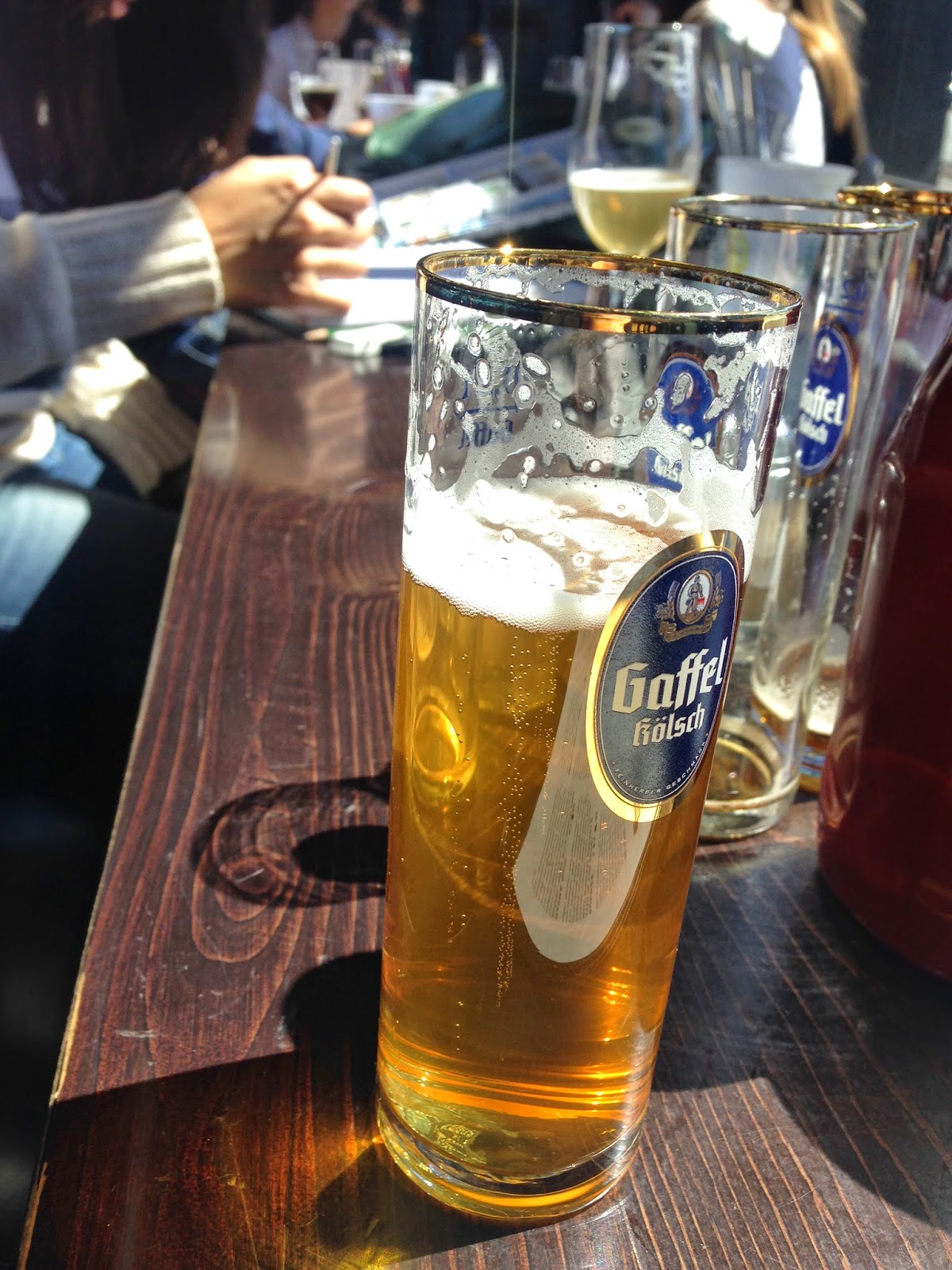 On the walk back to the subway, you pass through some industrial and semi-abandoned areas, lots of prime real estate for some creative Banksy-esque graffiti: 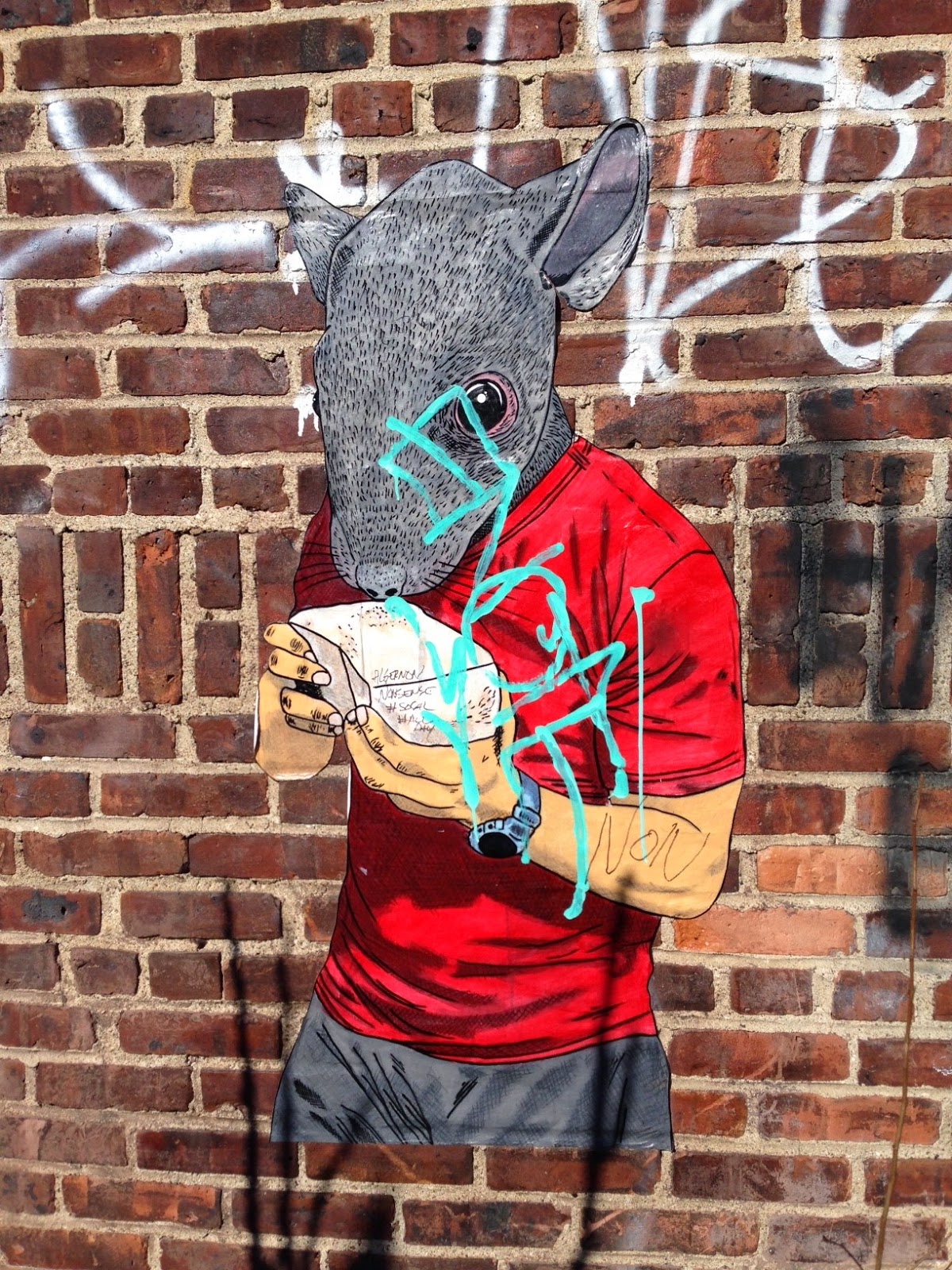 We’ll have to return, if not for the brewery tour (yes, I know they’re all basically the same, but this one has beer tastings) then for the live music at night.